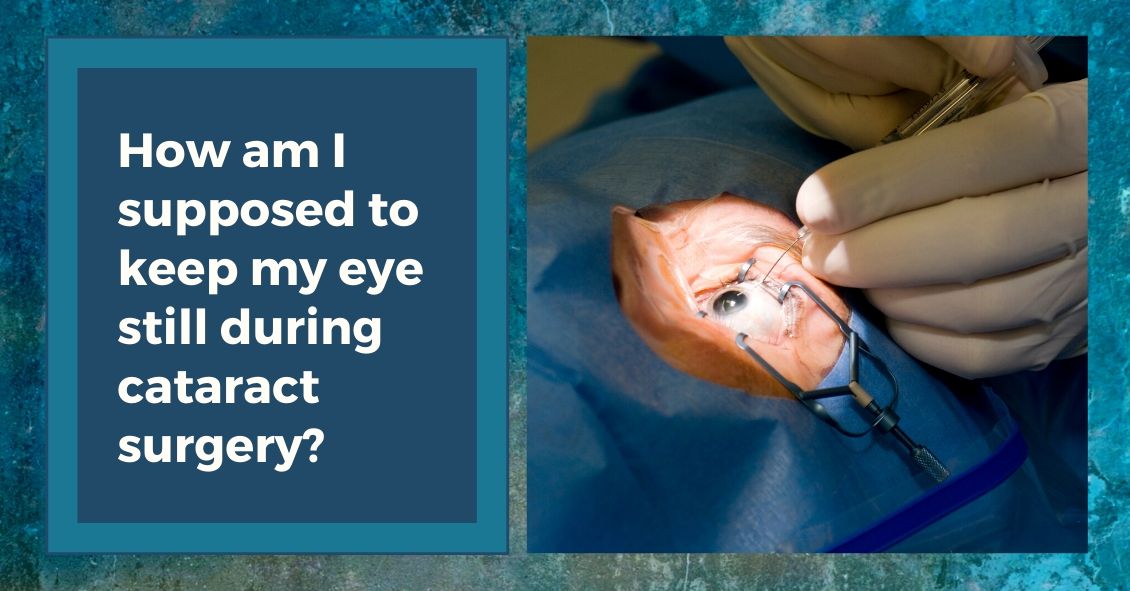 The majority of cataract surgeries performed in the U.S. are done with a local anesthetic and IV sedation.

The injection of anesthetic around the eye generally produces a deeper anesthesia for the surgery than the topical method but it also comes with increased risk. There is a very small chance of potentially serious bleeding behind the eye and a rare chance of inadvertent penetration of the back of the eye with the injection needle.

The topical anesthesia has lower risk but does not provide quite as deep of an anesthesia, although the overwhelming majority of people having cataract surgery with a topical anesthetic do not experience any significant pain during the procedure.

The other difference between the two anesthesias is with that topical anesthesia you maintain your ability to move your eye around whereas with injection anesthesia the eye muscles are temporarily paralyzed so your eye doesn’t move during the surgery.  When you have topical anesthesia it is important for you to try to stare straight ahead at the light in the microscope above you. Most people accomplish this quite easily.

Along with the anesthetic to the eye, in most cataract surgeries an anesthetist will also give you some mild sedative medication through an IV. This relaxes you but does not put you “out,” although some people do fall asleep during the procedure from the effects of the sedation.

Many people who have cataract surgery with IV sedation don’t remember some of the surgery because of the amnesiac effect that occurs from the sedative. This often doesn’t happen when you return for surgery on your second eye.

Despite often getting the exact same dose of sedative on the second surgery you have significant less amnesia the second time. This is caused by a quick buildup in tolerance to the medication.

When they have their second surgery, many patients feel that the surgery was significantly different than the first time even though it was done exactly the same. The reason is just that you remember more the second time.

On rare occasions people need to have general anesthesia to have their cataracts removed. Today, that is mostly done for people who are incapable of cooperating and staying still for the surgery. For everyone who can cooperate it is generally not worth the risks, which include death, to put people to sleep for a surgery that is easily done under a local anesthetic.